My husband is from Florida and we often go to visit my Mother In Law and his siblings.  Other than the love we share for my Husband, we don't share much else.  Religion, liberalism and definitely not food.  I'm always subject to a 'family dinner' at Olive Garden every trek.  Thank Goodness their wine selection is getting better.

But when it's my time, I am shopping for pantry items I cannot find in California. I am hitting all the supermarkets, Cuban and Haitian Restaurants.  A bar/club or even comedy show by local hip Cuban or Haitian comedians.  And we ALWAYS make a trek to Miami whether be South Beach, Lil Havana or my fave Haitian Supermarkets there.

When I get home, about every two weeks I have to make a Cuban or Haitian dish.  This one I cheated on a bit as made on a work night.  I normally make it all homemade the way it should be but when the craving kicks in and I don't have 5 hours to slow cook a pork roast or soak black beans... this is how I satisfy my Cuban Lunch Craving:) 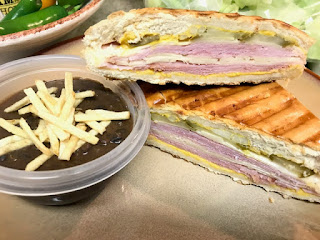 Saute your onions, garlic and bell pepper in olive oil until tender.  Add your can of black beans and put on low for the flavors to mesh while putting your Cubano Sandwich together.  Finish off the beans with the red wine vinegar.  Add more if you wish.  It really does something to the flavor of the beans.

Cubano Sandwich
Like said I would normally do the roast pork but it was a hit craving and did not have the time.  Sometimes you can find roast pork at your grocery store but it's just not the same.

I added some of those shoestring potato sticks on top of my beans just cause they so remind me of Cuban burgers, so why not as a salty crunch factor.  Sometimes I like to add some thinly sliced purple onion on the sandwiches.    Either way its just a get there quick option for that Cuban Lunch craving:) 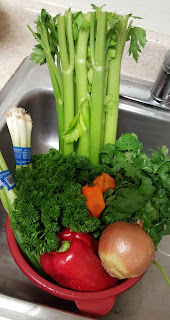 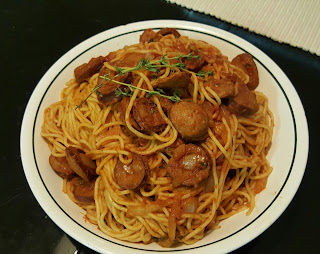 Cris
Transplant to the Silicon Valley in 92'. Jack of all trades, master at none. Seen and done alot however still not toured the Winchester Mystery House!